One of the oldest Sims fansites on the web

BeyondSims is a UK-based fansite for The Sims, SimCity and other Maxis titles on PC, Console and Mobile. With honest reviews, the latest news, a regular podcast and other unique content, BeyondSims is your #1 stop!

Find out about BeyondSims and our history here

BeyondSims is a UK-based fansite outlet for The Sims, SimCity and various other titles on PC, Console and Mobile. The site strives to deliver Sims news, exclusive previews, honest reviews and unique content, making us your #1 stop! BeyondSims also offers a large directory of tutorials for all Sims games, SimCity games and Spore.

BeyondSims co-founded the Simmers Meetup with Rachybop and MaaikeSww, which ran from 2014-2016. This was an annual event held in the UK where Simmers from all over the world came together to celebrate the franchise. Three events were held – two in London and one in Manchester – attracting over 300 Simmers, SimGuru’s, llamas and more.

Today, BeyondSims is the screen name for Dan, who solely runs the site and is sharing his passion for the franchise by bringing you content for your favourite titles! As a member of the EA GameChanger / EA Creator program, the site is known for honest reviews, exclusive content and the Llama Drama Podcast. 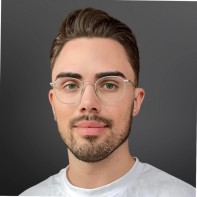 BeyondSims
Dan is the owner of BeyondSims.com and has been simming since the early 2000s! He originally joined this website in Early 2011 when it was called SimPrograms, before assuming ownership and rebranding it as BeyondSims in Late 2012. Since then, the site has shared breaking news, been invited to EA events, shared plenty of reviews and much more! Today, Dan continues to share his passion for the franchise on this website! If he had to pick, his favourite Sims game would probably be The Sims 2 Open for Business!

BeyondSims can trace its roots back to the 18th August 2000, where a site called SimPrograms was launched by Jud Hudson. The site was started to give people a helping hand and to share information to fellow programmers in The Sims community. In 2007, the site was moved over to a CMS platform which made updating the website easier and we still have all of the news content from 2007 onwards in our archives today!

On the 7th November 2012, ownership of the website was transferred to Dan, who had been working on the website since March 2011. SimPrograms was rebranded to BeyondSims a month later to mark the change. The site was relaunched as BeyondSims on the 5th December 2012 with a focus on new content and providing high quality news.

Since then, we have been providing great content for fans of The Sims franchise and are part of the EA GameChangers program.

Bryce, known as The Black Scorpion/Bafendo within The Sims community, was a contributor to SimPrograms/BeyondSims and was passionate about The Sims franchise. Bryce sadly passed away in March 2016 after his battle with two types of cancer. We will always remember him for his friendly nature, passion, and dedication to The Sims and gaming community.

ABOUT US
BeyondSims is one of the oldest fansites on the web for The Sims and Maxis video games. With many of years of providing the latest news, we strive to provide personal Sims content, honest reviews, exclusive previews, the Llama Drama Podcast, and much more!
FOLLOW US
© 2022 BeyondSims. All Rights Reserved.
The Sims and other trademarks are property of their respective owners. BeyondSims is not affiliated with Electronic Arts.
wpDiscuz